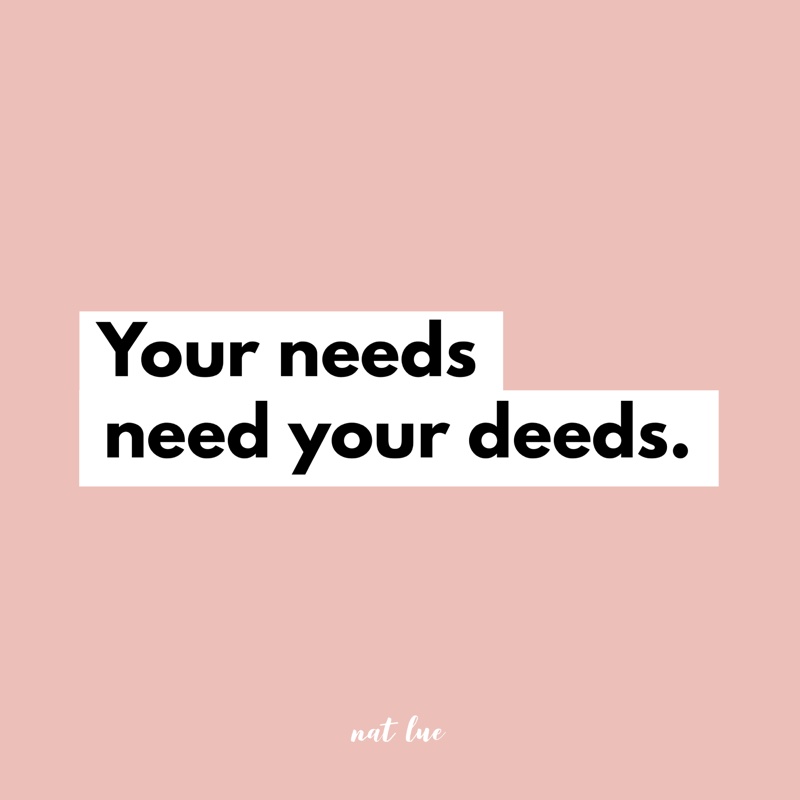 Somewhere along the way I picked up the idea that pleasing people was the key to my happiness. Like the typical people pleaser, I believed that meeting other people’s needs, expectations, and desires, was somehow going to meet my own needs. What I failed to realise is that people pleasing runs counter to having good self-esteem and being happy.

My needs are mine for me to meet.

Other people’s needs are theirs to meet.

That and NO isn’t a dirty word. The sky won’t fall down, and we have two hands for a reason.

Why overfeed others and coddle them while starving and neglecting ourselves?

Let’s be clear about what people pleasing involves so as not to mix it up with doing stuff for others just because, and yes, occasionally inconveniencing ourselves to help somebody out.

People pleasing, while there’s no doubt that it ‘helps’ others at times, it’s not really about ‘help’ or ‘giving’ in the genuine sense.

People pleasing is about suppressing your needs, desires, expectations, feelings and opinions — your values. It’s ‘pleasing’ others in the hope it will lead to attention, affection, approval, validation or love.

There’s also another motive for people pleasing. It’s hoping that if you do all of this stuff, that you will be spared from conflict, criticism, rejection, disappointment and basically anything that you deem as unpleasant and disapproving.

The more that you people please, the dimmer your inner voice gets. After a while, you lose your sense of self.

This is why I hear from people of all ages who have no clue who they are. It’s because they’ve spent their lives being the servants of other people’s avoidance and ego stroking.

With people pleasing, you also inadvertently run into integrity issues. By prioritising pleasing others, you adjust your thinking and behaviour to be and do what you think will lead to being ‘pleasing’. You’re not showing up as you. Even when you attempt to do so, if you so much as think that there’s a possibility of conflict, criticism or disappointment, you’ll shut the real you down in two shakes of a lamb’s tail.

People pleasing is a mix of passive and passive-aggressive behaviour. This is something that most pleasers are uncomfortable admitting, especially with the latter.

Assertiveness, representing your needs, wants, expectations, feelings and opinions, and basically who you are, with respect, is very different to aggression, which is doing the same but by force.

The average people pleaser mixes up assertiveness and aggression due to negative associations likely garnered in childhood. Aggressive folk please themselves to the exclusion of and detriment of others. It’s easy to how pleasers end up believing that anything other than being a doormat is ‘selfish’.

The passive aggression kicks in because people pleasing always has a hidden agenda.

Even if you don’t recognise it at the time, you sure as hell will when you acknowledge how bloody pissed off you feel with people who you’ve pretty much bent over backwards to accommodate.

When you suppress your identity and basically subsist on a crumb diet to accommodate others, it’s with this idea that, Hey, I’m not voicing my actual opinion and I’m letting you cross boundaries. The least you could fricking do is give me what I want and appreciate everything I sacrifice for you.

Whenever I talk with angry people pleasers, a significant source of upset is that they’ve pretended that things were OK and ran around pleasing, believing that it would mean that they couldn’t or wouldn’t experience criticism. They believed that these people had no reason to act up or leave and that when they called in a favour, their efforts would be reciprocated.

When you people please, you end up with a gradual build-up of anger. Your pleasing masks hidden rage.

You become a pressure cooker left on the hob, and eventually, you explode. It’s either that or the anger gets turned inward because you don’t allow your feelings and thoughts to come to the surface. You avoid expressing anger, which incidentally is a healthy emotion, because you don’t want to run the risk of disapproval. You may even feel guilty and ashamed for feeling angry. Apparently ‘good people’ and ‘worthy people’ take it all lying down. Um, they don’t!

Conversely, you may also feel ashamed about how you’ve represented yourself. You might blame you for the actions of others, forgetting that yes you could represent you better, but their actions are their own.

What I can tell you is that you can’t be a people pleaser and have healthy self-esteem. It’s gotta be one or the other. Choose wisely.

Genuine giving and help don’t have a hidden agenda. If you wouldn’t give or help or do any of your people-pleasing stuff if you didn’t think that you were going to get some form of approval, validation, change in the other person’s behaviour (or whatever your agenda is), halt.