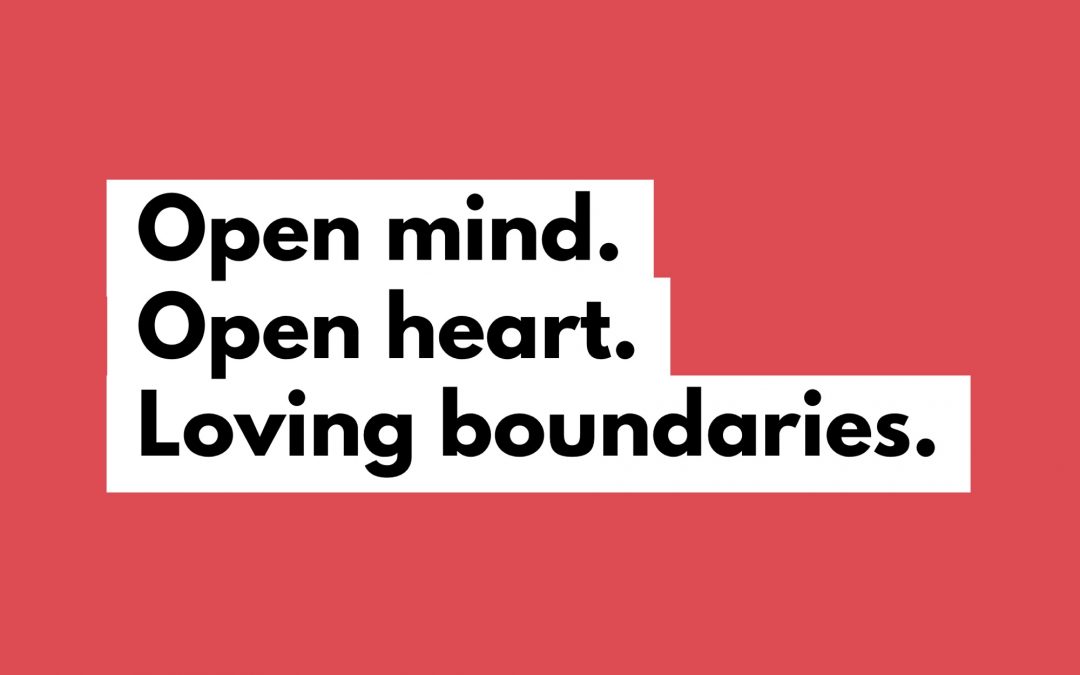 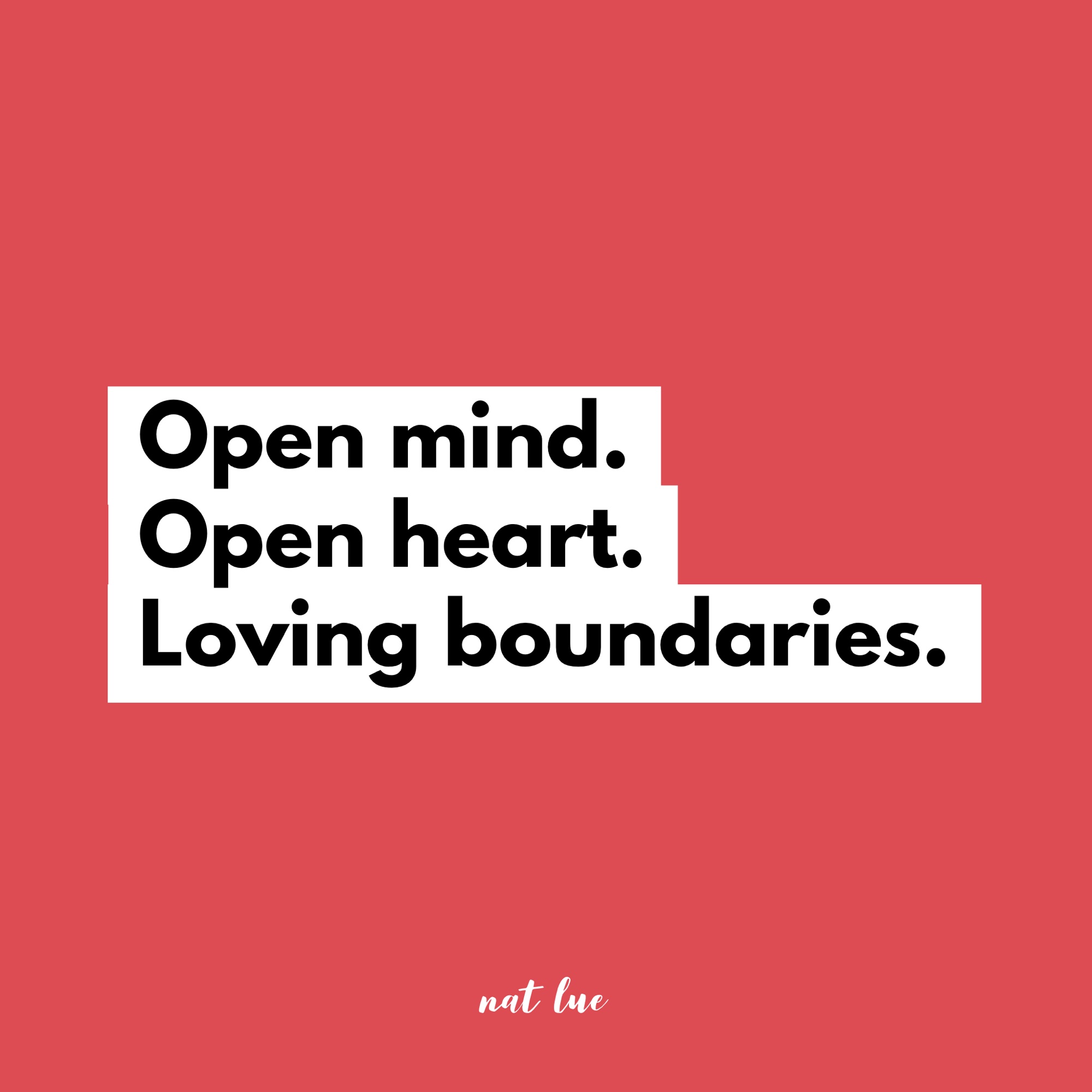 Seth Godin has written about entering into something with an open mind and heart. I think it also contains a deeper message about the necessity of getting behind boundaries.

“It might not be warranted, but you won’t get far without it. Don’t bother going to that meeting or reading that book unless you can momentarily assume the message comes from a place of goodwill and generosity. Scepticism doesn’t help you hear.”

When people slag off books they haven’t read, I wonder, How can you rubbish something you’ve never even picked up? And why invest that much energy into scepticism?

It’s like when I hear people slagging off television programmes (Love Island is a great example). Their level of detail indicates that they’ve clearly not only been watching it but sitting there critiquing it. Why not just watch something else?

I’ve been to events with people who walk through the door and start ripping it apart with their acidic commentary. It’s like, Couldn’t you afford to be generous with your mind for even an hour?

As humans, we struggle to admit when we’ve made a mistake or misjudged something. This means that sceptics often enjoy something more than they let on or recognise that they’re mistaken but insist on maintaining their original position.

That’s the problem with scepticism; it doesn’t help you hear or see, but it also means that you’ve more or less made up your mind.

Then you try to say that you’re “OK”, but you know that you’re bullshitting. Not so critical when it comes to a book but another thing altogether when you’re compromising your wellbeing. Or missing out on your life.

Scepticism occurs in our interpersonal relationships as well as when it comes to getting out of our comfort zone.

It’s not about going in blind, but if we have that much doubt and cynicism, wouldn’t it be better to get our head in order rather than participate in Groundhog Day? It’s essentially resigning ourselves to being ‘fatigued’ about everything and expecting to be disappointed.

We tend to gravitate to situations that keep us in our comfort zone.

It’s why I hear from so many people who don’t feel ‘good enough’ and who have trust issues. They involve themselves with people who exacerbate that sense of inadequacy and who give them reasons to remain distrusting.

I’ve also found that no matter the quality of the relationship, if you have trust issues and won’t believe that you’re as loved as they tell you that you are or that they’re not doing or going to do what you’re afraid of, the relationship isn’t going to work anyway.

It would be better to deal with your trust issues first and then embark on relationships. It is not the job of another person to teach you how to have a trust system no more than it is the job of ‘everyone’ to challenge your scepticism.

One of the most consistent objections to healthy boundaries is an automatic scepticism that they won’t work. We believe that they’ll create more problems than they relieve.

We don’t acknowledge that doubting our ability to create healthy boundaries speaks for how worthy we feel of better boundaries and relationships. It also says a lot about how we feel about the people in question. Deciding that we’re going to experience alienation or abandonment doesn’t put the other party in a good light.

We people-please, for example, because we don’t feel worthy of a better salary or rate, but also because we don’t believe that our boss or client comes from a place of goodwill and generosity.

Within what should be our close, intimate relationships, we marginalise ourselves because we don’t think we can get love, care, trust and respect without doing so. It’s also, however, saying that the other party doesn’t have these to give.

This is how we give up our agency and consign our desires to the scrap heap. We choose people-pleasing because there’s scepticism about having a say in what happens to us. This includes what we do and don’t want to put up with. We don’t feel as if we have the ability to shape our circumstances.

It’s not about being blind or naive; it’s about coming from a positive place with an open mind and heart. This is more authentic than going in with distrust, doubts, and scepticism but acting or even claiming that you feel otherwise.

That is people-pleasing: feeling one way on the inside, behaving differently on the outside.

One of the core principles I teach on my course, Embrace Healthy Boundaries is that boundaries are two-fold. This means when you set (or know) the boundary for others, you set a boundary for you too.

When we resist creating the necessary boundary, of speaking or standing up for ourselves, we need to ask what it says about us but also what it means about the person or people in question. If our highest intention is to go forward with love, care, trust and respect, we can temper our scepticism with compassion and action.